It’s early November here in South Florida, prime time for planting our organic garden for the new season. We have just gotten a real break in the weather, with some cooler mornings last week (not quite cool enough for us South Floridians to get our boots and scarves out, though it’s tempting, right?) This cooling does make us enthused about being outside and getting our garden going! So, to give a rundown on how we’ve started with either seedlings or direct plantings, here goes:

-Several varieties of tomatoes have gotten off to a nice start this year (it’s often touch and go), most of them started from seed. 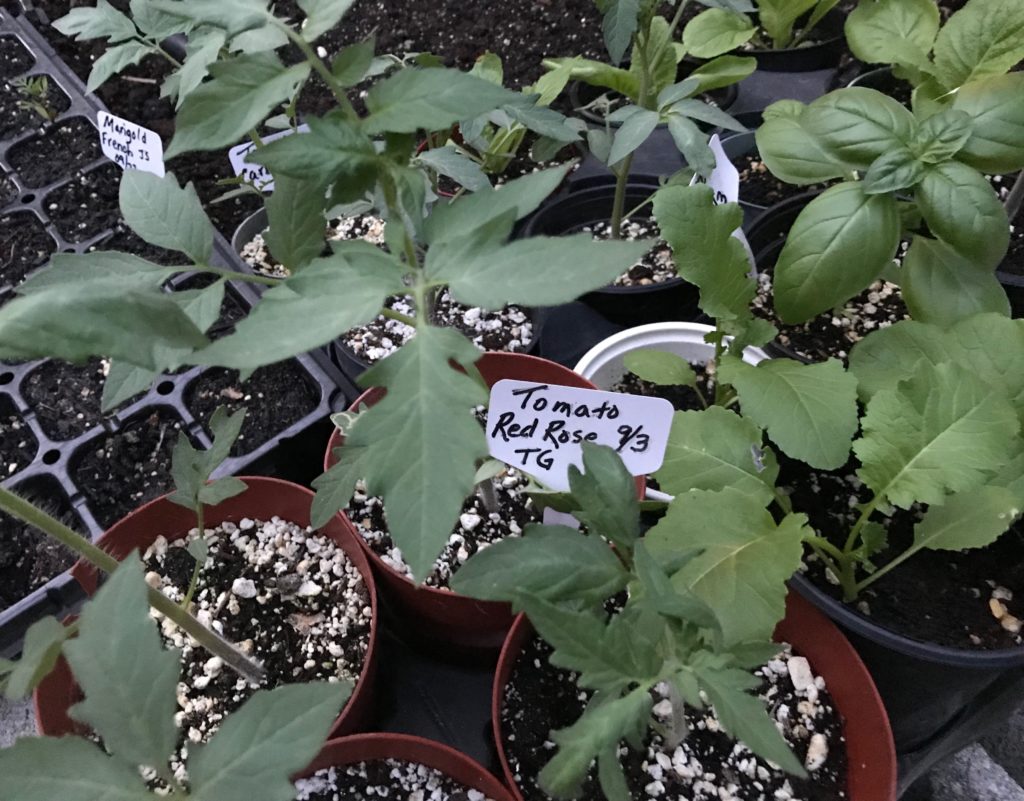 We have four or five varieties of heirlooms – normally we wouldn’t do that many heirlooms because they are difficult to grow organically here in South Florida, but some seedlings were donated to us. Luckily, we’ve got a few types of cherry tomatoes started as well and doing great. 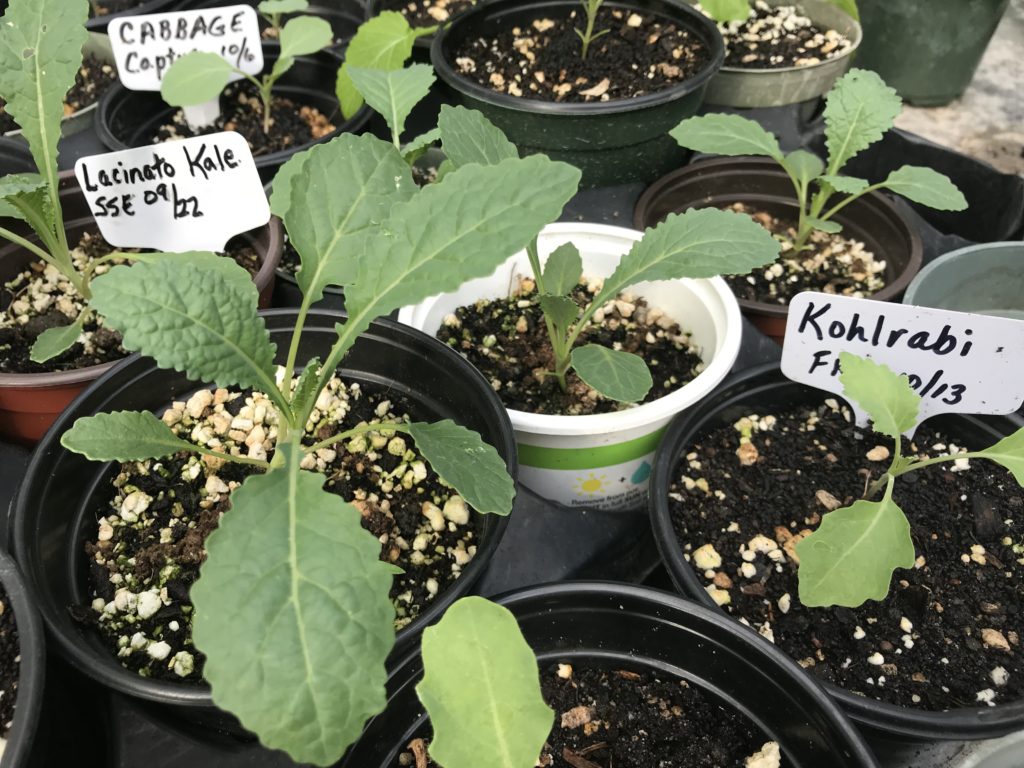 -Other young crops already going in our beds include various radishes, zucchini, green beans, onions, lettuce (plants were donated), and some really nice beets! (golden and red). Our early salad greens – mizuna and arugula – are ready to start harvesting! 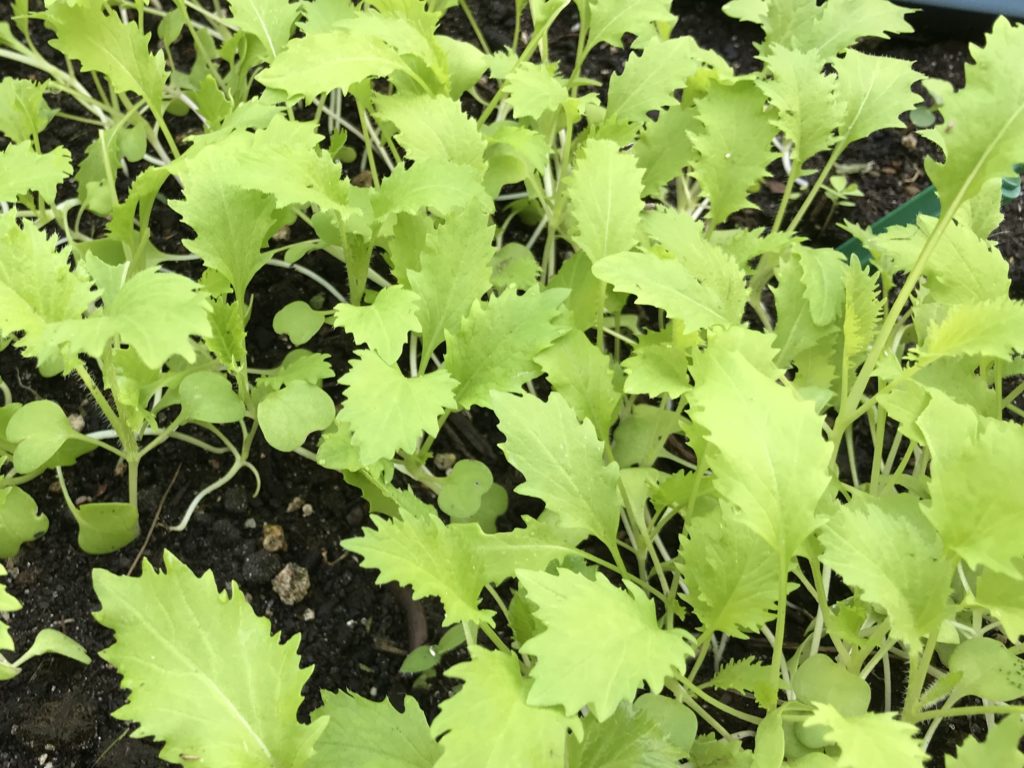 -Herbs planted include basil, rosemary, lemon balm, sage (doing really well!), parsley (not liking the heat up til now), and of course our carryovers of tarragon, mint, Cuban oregano and garlic chives. 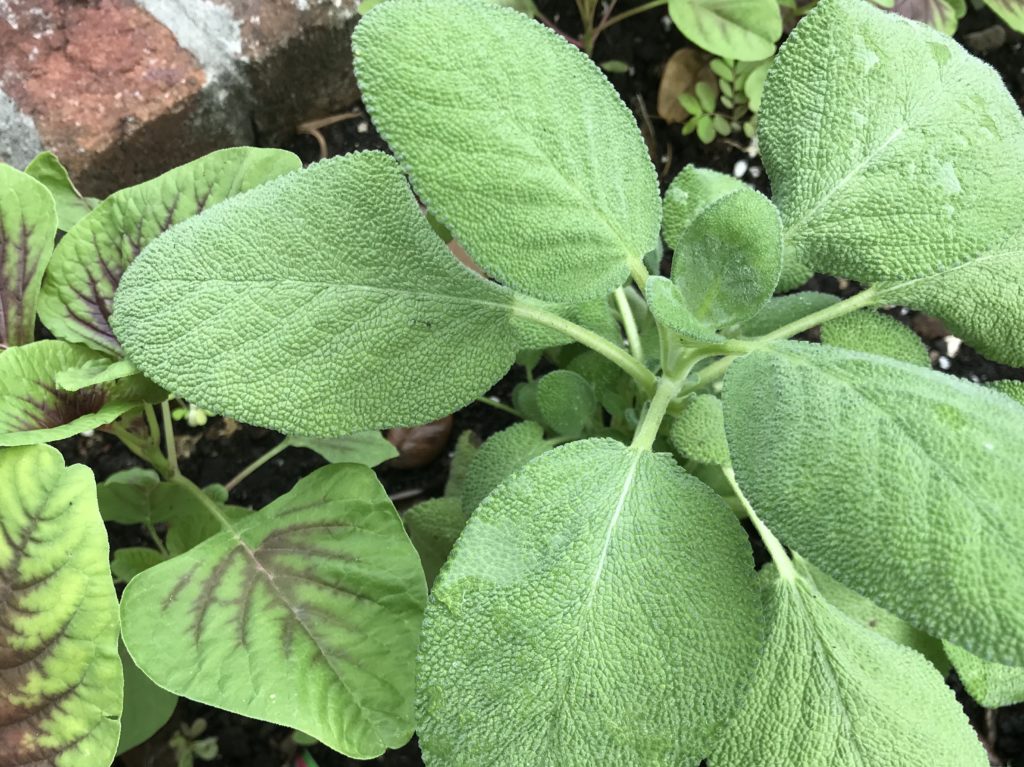 -Current sprouts just coming up from seed for the new season, or just being transplanted to pots, include cabbages, bunching onions, red kale, escarole, eggplant and spinach.

Normally we get our cabbages going earlier but we had a few mishaps with potting mixtures and some failed seeds starting out this year. Somehow every year we have calamities starting our plants and then get things straightened out. Now we’re off to a solid start! 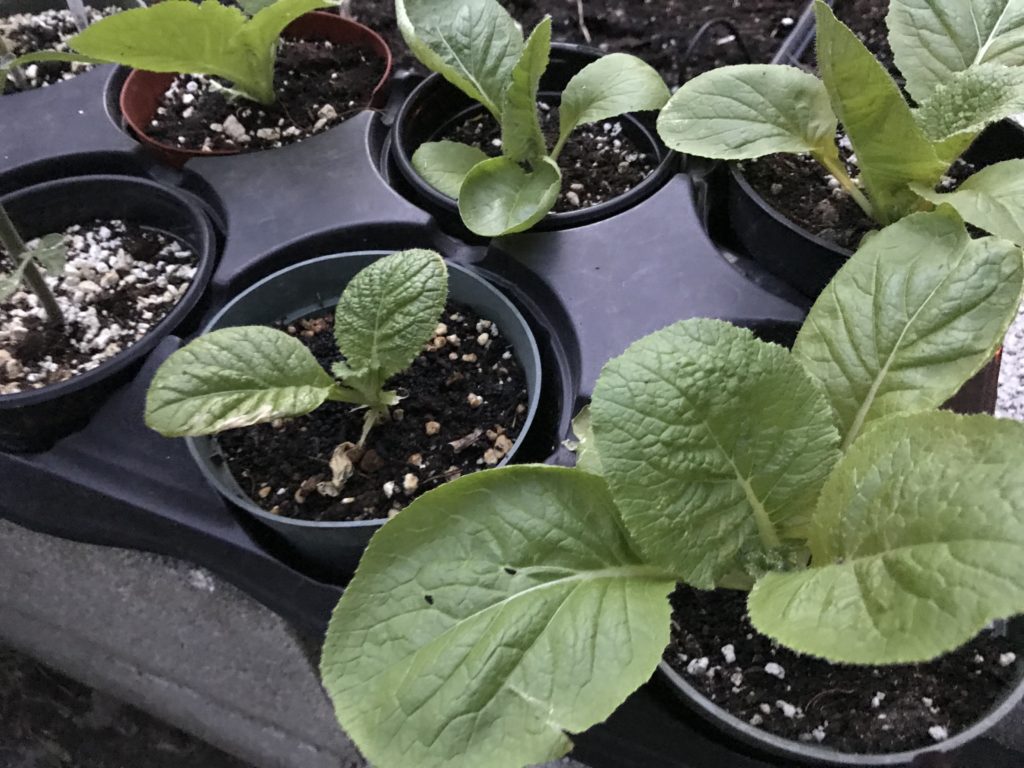 So, speaking of calamities, our next topic is: (drum roll please!) PEACOCKS! They roam rampantly in the area where we garden, though up until now we’ve had only a couple of incidents of destroyed crops. 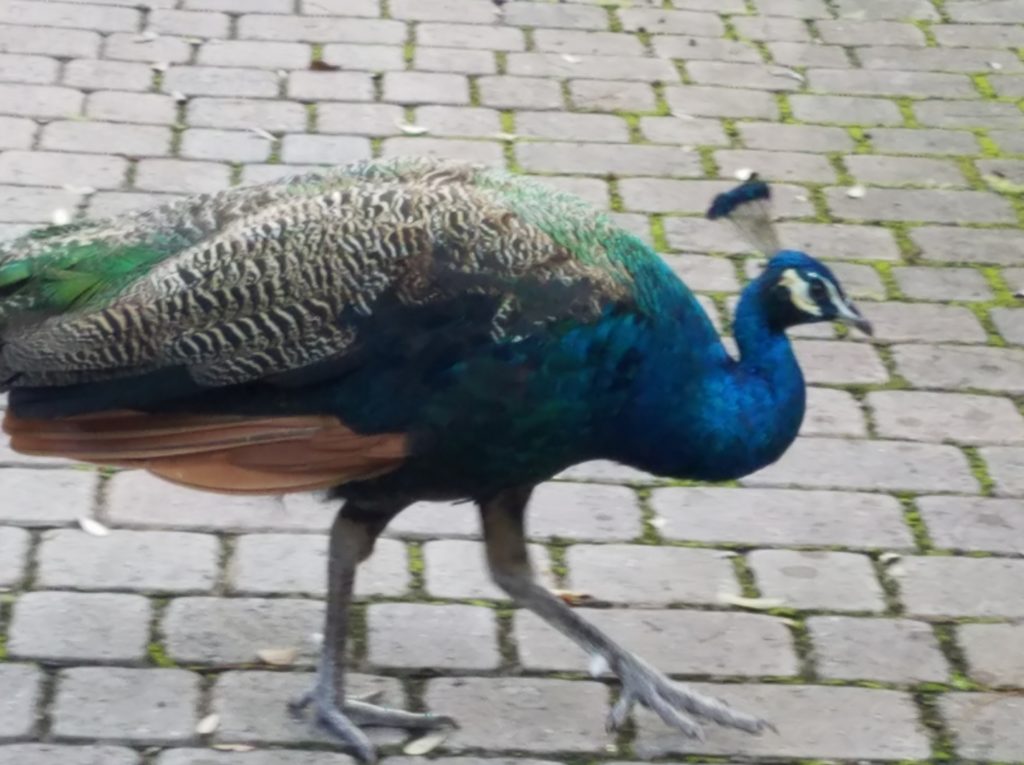 Please don’t tell me peacocks are cute, at least not when they invade a garden and eat our hard-earned veggies! It’s disheartening to put so much effort into cultivating our young crops for the new season, and have them really taking off, only to find this: 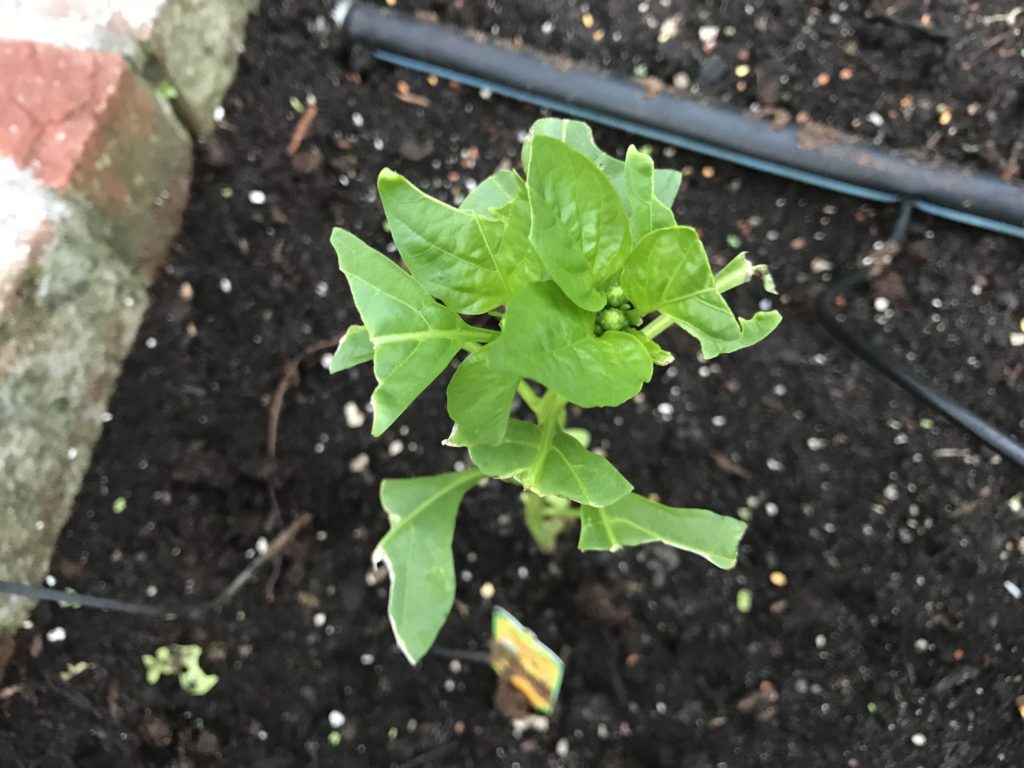 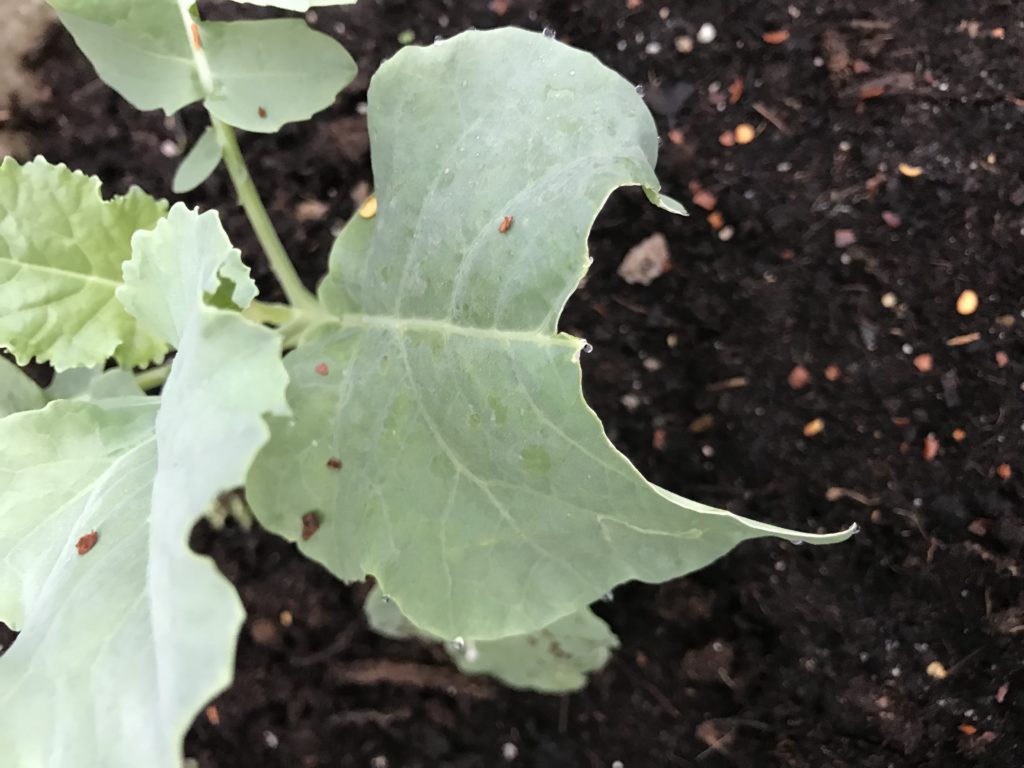 So of course we had to research how to deal with them. We certainly don’t want to harm them, just deter them. So we tried a variety of remedies: as an emergency, stop-gap measure, spraying a very mild pepper, water and soap mixture on the plants they seemed attracted to (brassicas seem to be their favorites, peppers a close second); in addition, sprinkling red pepper flakes in the soil, having read that they will scratch and pick at the soil as well. A few days later, when our purchase of colorful party-type flag banners arrived, we surrounded the beds they had invaded with these. Hopefully, they’re not party animals! Seriously, we read that they are scared away by bright colors. 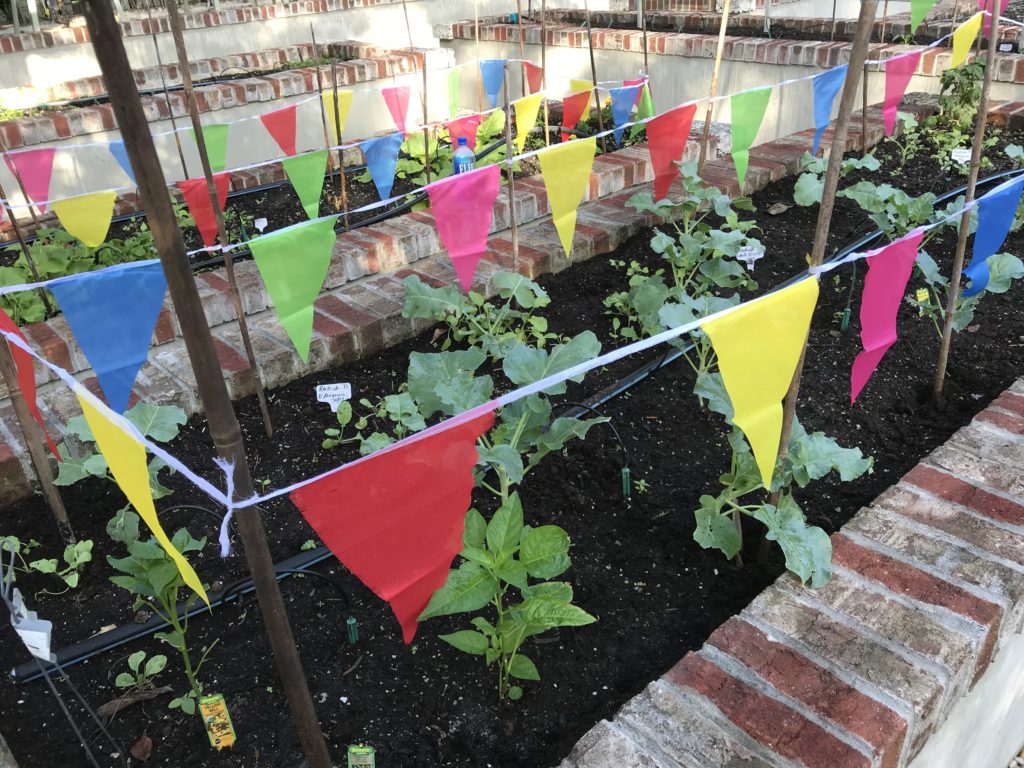 Checking the next day, there may have been just a few more leaves munched on (not sure). So if they did come in the garden they were deterred. Four peacocks were hanging around outside the fence the day before, seemingly waiting for us to leave; one even walked in, feeling quite entitled! 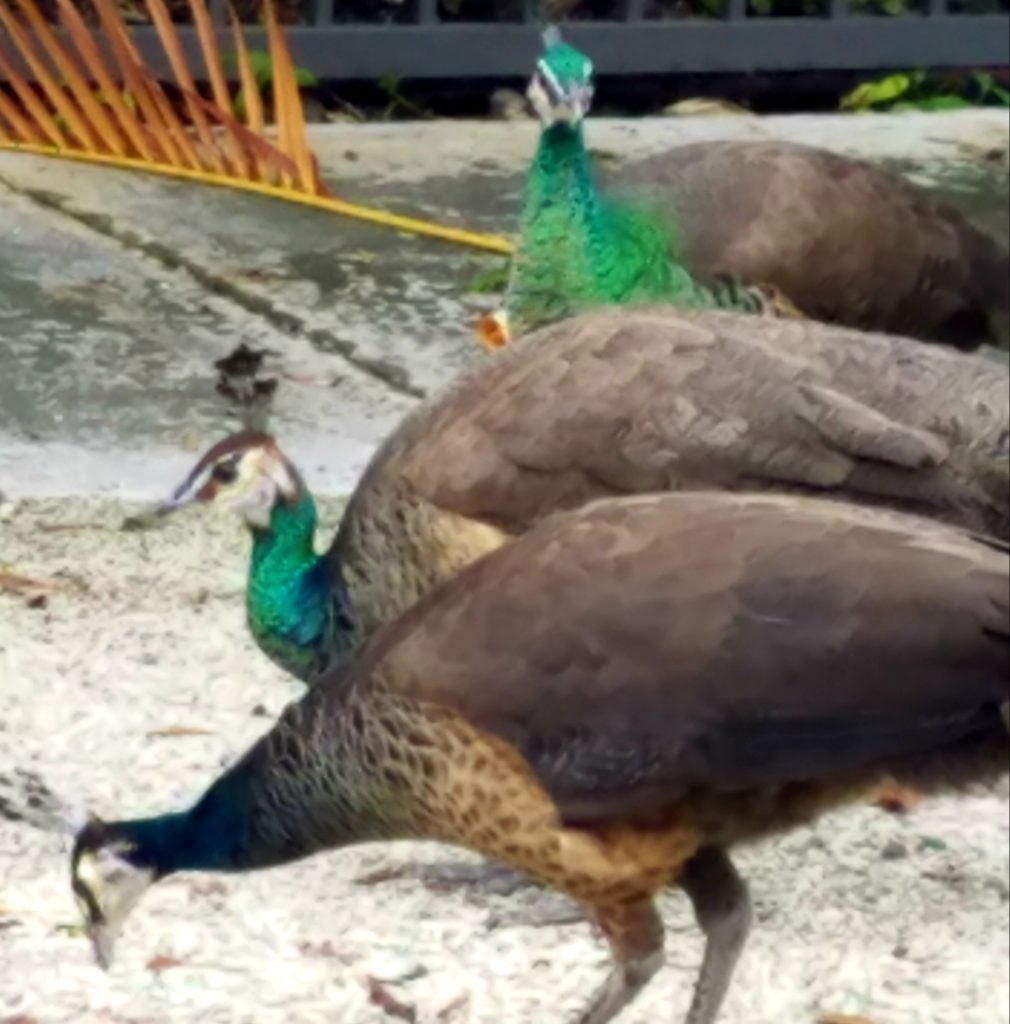 Yes, they often travel together

So we do suspect they must have visited after-hours and were deterred. Time will tell on this strategy. We would really like to have them forget about our garden asap as we have much to plant now and can’t be surrounding every bed with flags.

By the way, if you think peacocks don’t fly, think again. They can fly quite high, and take off without running. It’s startling to see! So our fully fenced garden and hedges do not keep them out, though we are thinking about “flagging” just the entryway where the hedge is lower.

So those are the plants we have started, and the serious pest issue we are dealing with right now in this new season. Stay tuned for an updated discussion on soil mediums we use for different phases of planting. 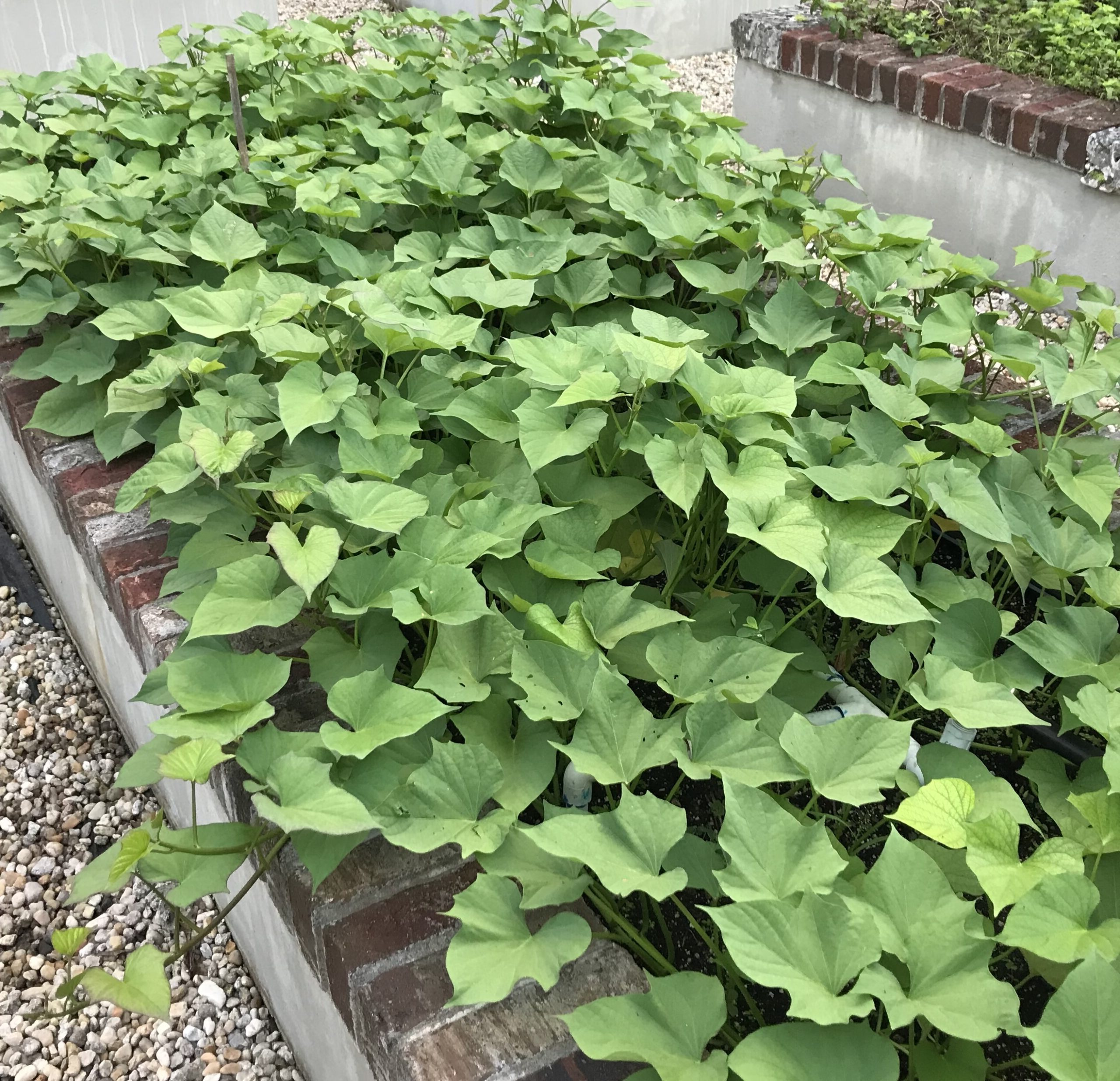 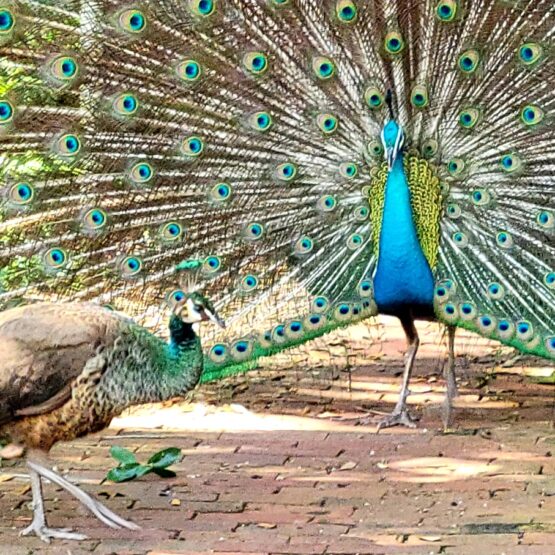 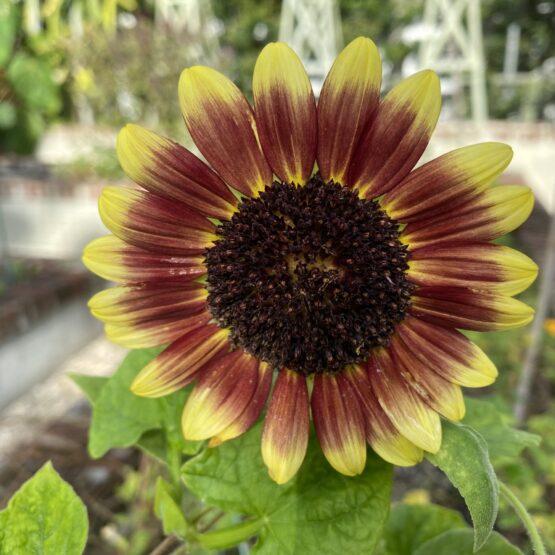 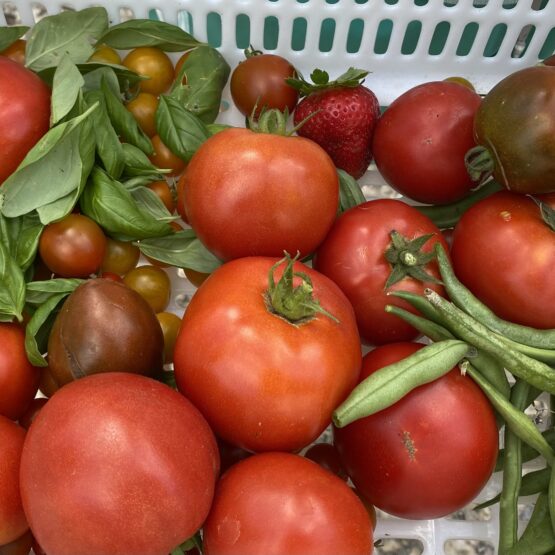